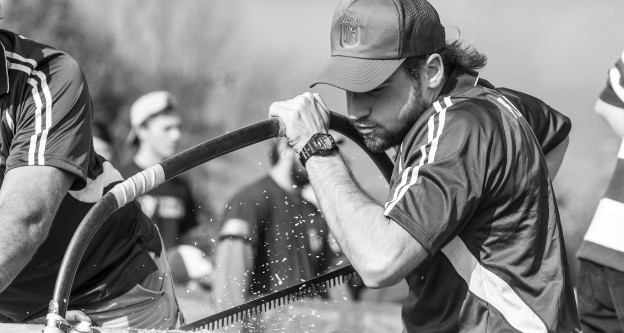 The kickoff of the 2014-2015 CILA season started fresh with the University of New Brunswick Woodsmen Team hosting their 49th annual competition at a new, larger venue. The competitors got right to work showing off their skills to the crowd, despite the new scenery. For some, it was the first time competing against other teams. For others, it marked the beginning of their final season.

As the day went on and the athletes got warmed up, some seriously impressive team and individual performances were witnessed. Some great sportsmanship was demonstrated as veteran competitors gave pointers to rookies, even of opposing teams. Thanks to the volunteers, the day went off without a hitch. Now with the taste of competition in their mouths, competitors look to improve themselves at SSFCs competition only a week from now. As the intensity increases over the rest of the year, it’s bound to be a season for the books. Photo credit:  Bradley Parker